Near the end of the month (just after Nelly’s birthday) we headed to Tennessee to visit the Ward family. It’s whole day’s drive away from Pennsylvania but totally worth it! We’ve had such a wonderful time visit, sharing and fellowshipping together.

We were able to go Wednesday and share our ministry at Pleroma Bible Church where Clay is the pastor. It was nice to see many of the folks there once again. This is a church that has taken biblical discipleship seriously and is involved with DM2 both in going to the field (Sierra Leone and Myanmar at the moment) as well as holding several conferences (including youth conferences) during the year at the church and aiding in the development of the DM2 curriculum.

John was able to spend a few days with Clay asking questions (about anything at all). Clay’s knowledge of the OT is a rare thing these days since many don’t bother studying it in depth. The NT is only clearly understood when we know the background of the OT!

The Wards put on a wonderful evening of live entertainment called Vaudeville. An evening of fun and laughter for all ages.

Evidently, Vaudeville was a popular live entertainment venue in the United States from the early 1800s to the early 1930s. A typical performance was made up of a series of separate, unrelated but billed acts. Popular acts included classical musicians, comedians, magicians, trained animals, singers, dancers, acrobats, short plays, lecturing celebrities and many more. Famous personalities such as Al Jolson, WC Fields, Jimmy Durante, Burns and Allen, Judy Garland, Bob Hope, Abbot and Costello, and many others grew to fame through Vaudeville.

The Ward family Vaudeville was a great experience for us. There were special music, singing, magic, comedy and all sorts of talent. It was such a blessing to us to have a short visit with them.

Josh was having a hard time sitting still through the show. He wanted to go where he could play behind the curtains. But when Reagan invited Joshua up as a volunteer to her magic act she got Joshua to blow bubbles (which he loves to do) and she magically turned the bubbles into crystal balls! Joshua was amazed!

From then on Josh wanted to be in on all the acts, not so much behind the stage but in the middle of it.

We’re so blessed to have friends like the Wards who are not only with us in the ministry to see the the true grace of God preached but also willing to invest a lot of time preparing, practicing and performing evenings for others to enjoy.

We hope to be able to visit with the Wards soon! 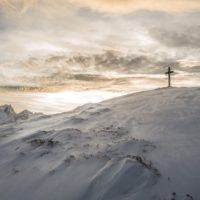