Mark 9:43-50 is one of the most difficult passages in the New Testament. On the surface, it looks like Jesus is teaching that a believer should cut off his or her hand/foot/eye so that he or she will not sin. To some it seems to suggest that a believer who sins could lose his or her salvation and end up in hell. But to those who believe in salvation by grace, that interpretation doesn’t work. What then is Jesus saying?

Looking at some details will help us understand the strong language in vv. 43-48. First, the context is crucial. Jesus’ extreme statements are part of a section beginning at v. 33 and ending at v. 50. Following a dispute among His disciples about who would be the greatest, Jesus teaches about true greatness. He indicates that greatness is found in accepting and valuing those usually considered insignificant, as He models in His own attitude toward little children (vv. 36-37), then conversely in the disciples’ errant attitude toward the weaker or less informed believer who did not associate with them (vv. 38-41). The reference to “these little ones who believe in Me” in v. 42 looks back at least as far as the less informed believer, but the plural seems to include the believing children. “Little ones” is not referring to size or age, but the immature state of one’s faith. The severe fate of sinking in the sea with a millstone around one’s neck (v. 42) shows the seriousness of not causing less mature believers to stumble, or sin.

Second, we know that the hand, foot, and eye do not actually cause sin, but are the means by which we act out sin. Jesus had just taught in chapter 7 (especially vv. 20-23) that sin comes from the heart to defile the sinner.

Third, Jesus did not actually say that the sin in view sends the one who does it to hell, even though this is the inference by the average reader. In fact, the sin had evidently already been committed to some degree. It is only after the hand/foot/eye “makes you sin” that the cutting off is exhorted. Thus the sin in question has not caused the sinning one to go to hell, if indeed that fate is even threatened to him or her.

Fourth, the sin must be specific and severe. These extreme measures would not be necessary for sins of a lesser variety. Even if the language is hyperbolic, which it most surely is, the force of the figure is to emphasize a terrible sin. There is only one sin named in the context, and it is both specific and severe – causing “little ones who believe in [Christ] to stumble” (v. 42).

Fifth, it seems disjunctive for Jesus to warn about causing another to sin (v. 42) and then turn abruptly to talk about one’s own sin (vv. 43ff). Therefore, it would seem likely that the sins of the hand/foot/eye are connected to what we do or how we influence the weaker believer in v. 42. The connection that works well is this: The sins that disciples commit can lead less mature believers to sin also. This explains why the emphasis is on the external hand/foot/eye and not the heart as in chapter 7. A disciple can not lead a weaker believer to sin by wickedness in the heart only; it has to be acted out so as to be seen.

Sixth, there is a contrast between the temporary loss of a hand/foot/eye and the eternal suffering of hell. Of course, in the kingdom, bodies will be restored whole and healthy and not remain maimed. If we are consistent with the Scriptures, only believers will have life and the kingdom, and only unbelievers will go to hell.

It seems then that Jesus seeks to motivate greatness by drawing a stark contrast about those who go into the kingdom and those who go into hell. Greatness comes from recognizing those who are usually considered less significant. Especially less mature believers should be valued, not tempted into sin which could destroy their weak faith. Therefore, disciples of Jesus Christ must deny, or cut off, their own desires that cause them to sin before weaker believers. This may be difficult and painful and may cause some disciples to come to the kingdom with a sense of loss. But that temporary sense of loss is obviously better that the ultimate end for unbelievers who sin with abandon disregarding the impact on those around them and enter into hell whole to suffer forever. In other words, disciples shouldn’t grieve about losses in this life when they sacrifice desires for the sake of others, because enduring such a brief loss is nothing compared to the unbeliever who indulges in sin and endures eternal hell.

For example, a man may be tempted to cheat on his wife and commit adultery with another woman with whom he has fallen in love. To do so could easily lead weaker believers who know him to justify the same sin in their lives. As a disciple of Jesus Christ, the man should cut off the desire or the affair and suffer the temporary feeling of loss knowing that the unbeliever, who may feel free to commit adultery in this life, is destined to a terrible future in hell. This man should remember that his destiny is the kingdom and be grateful for the privilege of denying himself to follow Jesus Christ and serve others, which is true greatness.

This interpretation is supported by the equally difficult verses 49-50. “For everyone will be seasoned with fire” is meant to explain what has been said just previously. It seems Jesus is referring to the fire that will judge everyone’s works. The believer’s choices and actions will be judged and rewarded accordingly (1 Cor 3:12-15), as will those of the unbeliever (Rev. 20:12-13). Disciples who deny themselves for Christ will have those sacrifices “seasoned with salt,” a figure denoting the pleasing and attractive nature of the sacrifices, because “Salt is good” and was sometimes used to “season” Old Testament sacrifices (Lev. 2:13). Verse 50 is a fitting close to this section. “Have salt in yourselves” is an exhortation to be attractive to all people (with a Christlike attitude that values them), and “have peace with one another” reflects back on the initial dispute about greatness at the opening of this section. 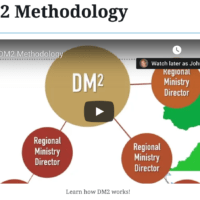