I do not expect to produce anything exhaustive in this short article, far from it,  but perhaps I can inspire deeper personal study on the subject since in Christendom today there evidently is a great need to better understand God’s manner of work at this juncture in history.

On the day that Jesus was taken up to heaven (Acts 1:2), after three years of ministering to the disciples and appearing to them over a period of 40 days as alive after His suffering (Acts 1:3), his disciples ask a very telling question,

So when they had come together, they were asking Him, saying, “Lord, is it at this time You are restoring the kingdom to Israel?” Acts 1:6

For many years I simply saw this to mean that the disciples hadn’t understood a thing Jesus was saying.

As I understand it today however, I see that in fact they did understand perfectly. After all, John the Baptist announced the coming kingdom (Matt 3:2) and so did Jesus (Matt 4:17). Jesus had mentioned that they would sit on thrones judging the twelve tribes of Israel (Luke 22:29-30). They knew that the Scriptures promised a kingdom to Israel (1 Kings 9:5) and that Messiah (Jesus) was to establish his government on the earth (Isa 9:6). Jesus was sent for the purpose of preaching the kingdom of God (Luke 4:43). Surely it must be now that this would be established, right?

In answer to the disciples’ question, Jesus did not negate there would be a restored kingdom to Israel, He did say God the Father knew when that was to take place (Acts 1:7) and that the disciples needed not to be focused on it.  In other words, the disciples were correct in asking this question but Jesus did not want their attention to be set on Israel but to be His witnesses (Acts 1:8) and to the building of Church (Matt 16:18).

The disciples were not the only ones interested in when the kingdom would be. The Pharisees were also interested when the kingdom of God would be coming (Luke 17:20). Jesus said that the kingdom would not come with signs to be observed and that they would say it was among them. He also stated had to suffer before that day, that the kingdom was connected to His future coming and that it would be in a setting similar as the days of Noah when people were giving themselves in marriage, eating, drinking when the flood came and people were not prepared (Luke 17).

For those today who are out to build the kingdom on earth now, I wish they would realize that the kingdom was a promised restoral to the nation of Israel.  It had earthly boundaries and was specifically aligned with David’s throne in Jerusalem. It is not something that can be spiritualized.

As for those others who imagine the kingdom of heaven to be in their hearts…the fruition of the kingdom of heaven is yet future. It is something God promised to a nation, that is, prominence among nations. This is directly connected with the new covenant. Something Jesus said he would partake at his second coming (Luke 22:16).

This is my current understanding and obviously subject to change based on new understanding from the Scriptures and I welcome your comments.

a kingdom means a king ruling…So, His creation, that is another, then there is the future when Jesus will rule from Jerusalem, That is future….Ruling in our hearts is also a type….way to go…. 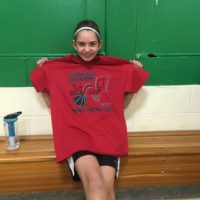