Skip to content
Tweet
Share
Share
Pin
0 Shares
Repentance has been a troublesome word for Christians and theologians (not to distinguish!). There are differing views on its meaning, translation, and relationship to eternal salvation. Ultimately, the meaning of repentance must be determined by usage and context, but any study of repentance must begin with a discussion of the word itself.

The English word repentance translates the Greek word metanoia (verb = metanoew). This word is formed from two words, meta, which means after or change, and noew which means to think (a form of the word nous, or mind). Thus the resulting word suggests the meaning of after-thought or a change of mind. Many language scholars agree on this basic definition.

However, the word itself does not designate what is the object of the change of mind. That is left to the context. In biblical times, metanoia was used in common language for one changing his mind in a non-ethical sense about a variety of things. Thus repentance is a fluid term that leaves its final definition to the context, much like the word dozen, which leaves us asking “Dozen what?”

In the New Testament, we see examples of one changing his mind about a sinful attitude (Luke 18:9- 14), ineffectual works (Heb. 6:1), trust in pagan idols (Acts 17:30), or God Himself (Acts 20:21). Though it is most often associated with sin, sin is not always its object. In fact, in the King James Version of the Old Testament the word repent is usually used in reference to God repenting, showing that it does not automatically refer to sorrow or turning from sin.

We should not assume that two root words which are joined to form a third word always give it its precise and final definition. For example, the Greek ekklhsia is from ek (out of) and klhsis (called, from kalew = to call), thus it literally means called out ones, but we commonly translate it assembly or church.

However, the root words can give us valuable insight into the final word’s development and meaning. In the case of ekklhsia, the church is indeed formed from those whom God has called out of the mass of humanity. Another example, homologew, is from homoios (= same) and legw (= to speak), thus we translate it to say the same thing, or agree, confess. Familiar to some, theopneustos, from theos (= God) and pneuma (= spirit/Spirit, breath), gives us God-breathed or inspiration. Or consider exagorazw from ek (out of) and agorazw (to purchase), thus to purchase out of, or redeem.

Tracing the root meanings is very helpful towards, but not determinative of, final meaning. Still, a word’s origin is not arbitrary, but informative. Thus we can not ignore the formation of metanoia which gives us the basic definition a change of mind.

Our understanding of metanoia is also helped by how the Hebrew word shub (= to turn [from something], used over 1000 times in the Old Testament) is translated. In the Greek translation of the Old Testament called the Septuagint, it is regularly translated by the Greek word strephw and its various forms. It is never translated by metanoia. If metanoia meant to turn from sin, then we would expect it to translate the Hebrew word for turn (shub) at least occasionally.

In the late second century, church father Tertullian argued that the meaning of “change of mind” is the best translation of metanoia. In the same vein, English-speaking scholars have long complained that there is not a good single-word translation for metanoia. Greek expert A. T. Robertson remarked, “It is a linguistic and theological tragedy that we have to go on using ‘repentance’ for metanoia.” The English word repentance has its roots in the Latin word penitentia which denotes penitence as sorrow, or worse, the Catholic doctrine of penance, in which a person’s sins are absolved by a priest’s prescribed acts of punishment. Repentance should not be defined in terms of outward action or sorrowful emotion. In light of how metanoia is formed and used, it seems a good translation today would be a change of mind.

But there may be a better one. When we examine what is meant biblically by mind (nous) we find that it is sometimes used for the inner orientation and moral attitude. (cf. Rom. 1:28; 7:23, 25; Eph. 4:17, 23; Col. 2:18). Thus the mind, biblically speaking, is not always the pure intellect. So the best translation of metanoia would be a change of heart. It refers to a person’s inner change of attitude and moral direction. The Bible does not psychologically dissect the inner person, but leaves it at that.

Linguistically, a change of heart does not demand a change in conduct, though that is what is normally expected from an inner change. The Bible distinguishes between the inner change of repentance and the outer conduct it motivates. This is clear in the logical progression from inner repentance to outer conduct mentioned in Matthew 3:8/Luke 3:8 and Acts 26:20, and in the unlikely scenario of one changing his behavior seven times in a day in Luke 17:3-4.

In relation to eternal salvation, repentance is not a second step or condition. Salvation is always through faith alone in Christ alone. But sometimes there appears to be an overlap between faith and repentance (cf. Mark 1:15; Luke 5:32; 24:47; Acts 11:18; 17:30, 34; 2 Peter 3:9). Since faith is being persuaded that something is true, when one is persuaded (believes), there is a change of mind and heart. Repentance is the more general concept, for a person can change his or her heart about something, even God or sin, but not be saved. When one believes the gospel, he is convinced of something he was not formerly convinced of, thus he has had a change of mind or heart about who Jesus is and what He has promised about eternal life, and his own condition relative to that (cf. Acts 20:21). Faith involves repentance, but repentance does not always involve faith.

In general, a good translation of metanoia is to have a change of heart. But since this is awkward, we are probably left with the word repentance. Then it becomes our responsibility to explain, clarify, and apply it correctly. Its exact meaning must be clarified by the context. In any case, as an inner change, repentance is in no way a work that merits salvation. Inner repentance can always be distinguished from its outward acts, though one is the cause of the other. In preaching the gospel, believe is certainly the more normative, predominate, and specific word to use. – written by Charlie Bing @ gracelife.org 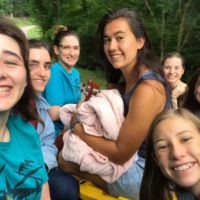