This is a term that I would like very much to clarify since the confusion caused by not understanding what it means is profound and deeply affects the understanding of grace.

Did you know that the Gospel of John does not mention repent a single time? This is significant because John was written “so that you may believe that Jesus is the Christ, the Son of God; and that believing you may have life in His name.” John 20:31

The only condition to be saved in John is presented to believe and it is the word is used some 96 times. It’s not that John didn’t ever use the word repent either because in Revelation he used it at least 9 times.

So, what can we understand from this? Obviously it is not an added condition to be saved.

First, the word repent must be defined. If we go to a modern dictionary we find the following:

“Repentance: the action of repenting; sincere regret or remorse. “

So naturally, we think this is what was meant when in Acts 17:30 everyone is commanded to repent. The word translated as repent in the original Greek, however, was metanoia, and perhaps should have been transliterated instead of translated.

“Metonia: a change of mind or opinion. “

Metanoia is a term that has been used in the English language for at least since 1742 (the first appearance we have recorded is in English is 1500s). Interestingly, the same dictionary defines repentance as ‘to be sorry for what one has done or omitted’ yet the Bible continues to this day to translate metanoia to repentance, which as we can see has always meant a very different thing. During the first century, the usage of the word was clearly to change one’s mind or opinion.

During the pre- and early Christian period of Koine Greek (ca. 300 BC-100 AD) metanoia continued to carry the sense of a change of mind about someone or something. For example, Polybius (ca. 208-126 B.C.) used metanoia to refer to the Dardani, a people who had decided to attack Macedonia while Philip was away with his army. However, Philip caught wind of it and returned quickly. Even though the Dardani were close to Macedonia, when they heard that Philip was coming, they changed their minds. They broke off the attack before it even began. –

There is however another word used in the Bible when there is a remorse or to feel sorry about something, metamelomai, that should be translated as regret or repentant. Yet this is a completely different word and its usage is totally separate in the New Testament! (Mat 27:3). The early church fathers translated the Greek word metanoia into the Latin, paenitentia (acts of penance). However, Tertullian (150-240AD) commented the following on the translation of the word metanoia to  paenitentia,

In Greek, metanoia is not a confession of sins but a change of mind.

A linguistic and theological tragedy

The worst translation in the New Testament

What I find worse is, even today, we have Bible teachers that while knowing the definition of the original Greek word insist on making the word mean turning from sin to fin their theology!! They are guilty of making the Text fit their predefined notions. This is bad hermeneutics, not honest with the audience and always leads to terrible conclusions. Here’s an example quote from something I quickly found on the internet…

In our day and age, the condition of repentance is largely absent from the message of Christian salvation. Too often salvation is offered as a free ticket to Heaven, a ticket costing us nothing. However, the Bible teaches that both the call to repentance and the condition of repentance are absolutely necessary for the salvation process to take place: The verb form [of metanoia] expresses the call for the action of making the decision to change the direction of one’s life; the noun form metanoia states the condition necessary for salvation. Only when these two are present will the fruit of repentance follow. Simply put, a person must perceive that he needs a change in the direction of his life. He must make the decision for change, and then surrender his life to Christ, receiving Christ’s Spirit into his own spirit. Herein lies the cost, the surrender of his life. This is necessary because, as Biblical language makes clear, no person has the ability to change himself; spiritual change comes only from God. The good news is that repentance is God’s gift to all who surrender to Christ.

This is not saying the same thing! This is not similar! It is exactly the opposite of grace (unmerited favor). This is teaching something merited and earned! Actually, salvation is a free ticket to heaven!! (Rom 5:15). Not only is it free (because Christ paid it) but totally unmerited (because we will never deserve it)!! (Eph 2:8-9) Nowhere does the Bible give a change of life as a condition for salvation as Mr. Klein suggests! In fact, this goes against the whole message of Scripture! Salvation is not conditioned on fruit or change as Klein states! (Titus 3:5) This might sound logical and impressive to hear but this is heresy, unequivocally un-biblical!!! Grace is free for the taking for whosoever believes, not to those who surrender to Christ as a means to earn salvation (Matt 7:21-23). I hope we can all see and agree on how dreadfully wrong this is! This message of changing one’s life to be saved or surrendering your life to God for a change is not the Gospel!

The phrase “repent of your sins” is not found anywhere in Scripture (in the original languages). The word repentance or repent is not found once in the Gospel of John, a book written so that one might believe in Christ.    Either those teaching the falsehood that repentance means to turn one’s life around need to repent (change their minds) themselves concerning the wrong understanding that exists, or they are purposely teaching a false Gospel of works (Gal 1:6-9)! I can only conclude that these teachers understand repentance from sin as something earned and not by a free, unmerited gift afforded by the finished work of Jesus Christ on the cross of Calvary. Praise be to the Son who gave himself as an offering for the sins of the whole world and offers forgiveness to all on the basis of faith alone in Christ alone (1 Tim 2:6)!!

If you are a person who, like me, was using the word repent incorrectly without understanding what it meant, then this is your chance to change your thinking about it. Your message should be with the emphasis on the work of Jesus Christ and what He has done to offer salvation by a simple means of faith alone in Him. Michael Cocoris has written a great book to help study further (The Most Misunderstood Word of the Bible)

If by any chance you are reading this and think that you are saved because you changed your life or because you were sorry for all you did in the past, I invite you to metanoia from whatever you are trusting in and believe in the person of the Lord Jesus Christ and His finished work for you on the cross! (1 Cor 15:3-4). Repent (change your mind) and you will receive the forgiveness of sins! (Acts 2:38). Read more here…

Excellent explanation. I will forward it to those who will benefit from this clear teaching. Thanks John. Hope to see you in Bolivia.

I expect so brother! Tickets are bought and getting ready.

Thank you John, great explanation. Miss your teaching, hope you all are well.

Hi Natalie,
We are doing well thanks! Happy 2020 to you and your family! 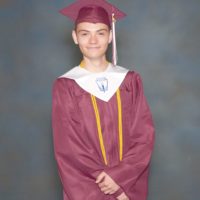