Can you know with absolute certainty you are eternally saved?

Knowing and counting on your salvation is so essential to your existence as a believer. It changed everything from your eternal destiny to the way you walk and talk. The question we need to ask ourselves is, <em>how</em> do we know what we know with absolute certainty? Can you know it with 100% confidence?

I’ve come to the realization that I can be convinced of something that is not real. I went fishing once with my son and snagged a fish on my hook. Oh that fish felt some big and I felt like I’d caught the biggest one in the lake (at least bigger than my son’s right?). I was certain of it. Yet when I pulled it out of the water, it was not big enough to keep. In fact, it was the smallest fish we caught that day. It seemed large, it felt large, but it was actually small.

If we address how we know we are saved in such a manner, we are on uncertain ground. We will never know for certain. When we feel good about ourselves, our certainty is strong. When something isn’t just right, well we tend to lose confidence.

Jesus loves me, this I know,

for the Bible tells me so.

Little ones to him belong;

they are weak, but he is strong.

The Bible tells me so.

There’s so much truth in that little song!

I love looking to the Scriptures for my answers. There I can have the confidence that I am being told the truth.

The Bible tells us with 100% certainty we can know we are going to hell and why.

as it is written, “THERE IS NONE RIGHTEOUS, NOT EVEN ONE;

Indeed, there is not a righteous man on earth who continually does good and who never sins.

“The Rock! His work is perfect, For all His ways are just; A God of faithfulness and without injustice, Righteous and upright is He.

God is perfect, just, righteous and upright. He cannot condone sin. He cannot lower His holy standard and offer mercy without right cause. God cannot simply love when He is not just at the same time. We know we never could meet God’s righteous demands. In fact, we understood clearly we deserved to be punished for our sin. God is totally fair in sending all mankind to hell.

But because God devised a plan, and motivated by His love God acted. God, without a hint of injustice, paid us our sin with eternal life. Jesus was the right cause through which God’s righteous anger was appeased. God’s justice was served on the cross, while His love was demonstrated. Jesus paid 100% for all sins.

being justified as a gift by His grace through the redemption which is in Christ Jesus; whom God displayed publicly as a propitiation in His blood through faith. This was to demonstrate His righteousness, because in the forbearance of God He passed over the sins previously committed;

Trying to pay for our sins is like annulling the payment already made. God fully accepted us upon resting in the payment already made. Now upon that acceptance, He offers forgiveness only through faith in Christ. Faith is not doing but actually the opposite of going by means of works. The nature of faith is resting in the work of another on our behalf!

But to the one who does not work, but believes in Him who justifies the ungodly, his faith is credited as righteousness,

For we maintain that a man is justified by faith apart from works of the Law.

What separated us was not our sins but the sin of unbelief. We refused to believe in the finished work of Christ as sufficient to pay all our sins.

“And He, when He comes, will convict the world concerning sin and righteousness and judgment; concerning sin, because they do not believe in Me;

The moment we believed, however, salvation legally became ours.

In Him, you also, after listening to the message of truth, the gospel of your salvation—having also believed, you were sealed in Him with the Holy Spirit of promise,

That seal is until the day of redemption

Do not grieve the Holy Spirit of God, by whom you were sealed for the day of redemption.

How do we know we are saved? The bible does not teach by means of works or evidence, although we should be useful to our neighbours (James 2).

“Truly, truly, I say to you, he who hears My word, and believes Him who sent Me, has eternal life, and does not come into judgment, but has passed out of death into life.

These things I have written to you who believe in the name of the Son of God, so that you may know that you have eternal life.

He saved us, not on the basis of deeds which we have done in righteousness, but according to His mercy, by the washing of regeneration and renewing by the Holy Spirit,

Therefore, stop relying on a time when you did something or experienced something and rest in what the objective truth of Scriptures says to ALL who believe!

So, where your faith is resting today? Was your confidence a result of your conviction of Scripture or of some experience or feeling or something you have done? You can know God says the truth, you know confidently why you are saved. 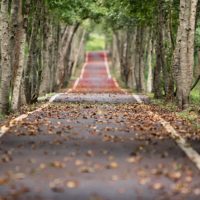 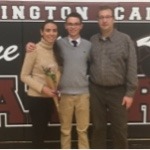