Ever since the First Church Council was held in Jerusalem (Acts 15) there has been an ongoing, constant turmoil brewing among Bible believing people concerning what is required for a person to be saved. In the early church the issue boiled down to this equation: “Unless you are circumcised according to the custom of Moses, you cannotbe saved” (Acts 15:1) and “it is necessary to circumcise them [Gentile believers], and to command them to keep the law of Moses” (Acts 15:5). In the dispute that followed among the apostles and elders, Peter brought everything into sharp focus when he described his ministry to the uncircumcised Gentiles and concluded with:

Now therefore, why do you test God by putting a yoke on the neck of the disciples which neither our fathers nor we were able to bear? But we believe that through the grace of the Lord Jesus Christ we shall be saved in the same manner as [the Gentile believers].

Keeping the law is still a big issue in many church circles today. Another escalating area of debate — especially among evangelicals — is easy believism vs. lordship salvation.

The attack against easy believism usually takes one of two forms. First, there is opposition to those who say they “believe in Jesus,” but have no outward evidence that they do. But of course, no one is saved by simply saying they believe anything. Of equal importance is to recognize the “evidence” that one is a true Christian may be very subjective at best. Obviously, many appear to be believers in Christ when, in fact, they are not believers at all in the biblical sense of that word (Matthew 7:22–23; 2 Corinthians 11:13–15). And the converse is also true: that one may appear not to be a child of God when they truly are. Any believer who is not presently walking close to the Lord would be an example of such a person.

The proof text for such a pronouncement is James 2:19: “You believe there is one God. You do well. Even the demons believe — and tremble!” What is it that the demons believe? That there is one God. A good devout Jew, Muslim, pew warming Protestant, or Catholic may believe that. Does the verse say anything at all about demons believing in Jesus Christ? Not a word. If the kind of easy believism described in this verse pertained to the gospel, then any sincere Jew, Muslim, or Jehovah’s Witness would be saved; so would all the demons of hell! The kind of belief described in James 2:19 does not save anyone, nor is it descriptive of the kind of faith that does save.

In light of all of this, we should condemn as unbiblical any message that teaches or implies that a person can be saved either by simply saying they believe in Christ, or that a person is saved by a belief in a monotheistic God, whatever god that may be.

The gist of most lordship salvation teaching is that you must surrender every facet of your life to the complete control of Jesus Christ or you cannot be saved. You must yield absolutely to Him as total Lord and Master over every area of life and over all you do — for salvation!

Consider the following three verses that are commonly used to support the idea that Christ must be Lord and Master of your life for you to be saved.

Saul (Paul) was temporarily blinded by a bright light and he fell to the ground and heard a voice speaking to him. This verse records that Saul “trembling and astonished, said, ‘Lord, what do You want me to do?'”The advocates of lordship salvation point out that Saul did not call Jesus Savior; he called him Lord. They say this indicates that Saul then and there surrendered to the Lordship of Christ over his life and, therefore, was saved on the basis of that complete surrender.

Is all of that in this one word, Lord? As evidenced by the immediate context, I hardly think so. Though Lord was used in the Bible in addressing God, it was often a designation of respect, similar to our word Sir, and that is how it is used in this context. Note, for instance, that even before Saul knew it was Jesus speaking, he said, “Who are You, Lord?” He would hardly be surrendering the control of his life to someone he did not know and whose voice he didn’t recognize.

Therefore, saying, that Saul was saved in verse six by making Jesus Lord of his life is a pretty weak statement upon which to pin such an important doctrine. In fact, Scripture indicates Saul was not saved while on the Road to Damascus. “The Lord said to him, “Arise and go into the city, and you be told what you must do” (v. 6). He was instructed to go to a specific house. Later, Paul related how Ananias came into the house, healed him of his blindness, and said, “And now why are you waiting? Arise and be baptized, and wash away your sins, calling on the name of the Lord” (Acts 22:16). That’s the same message as in Romans 10:13: “Whoever shall call upon the name of the Lord shall be saved.”

The Philippian jailer, who was on the verge of suicide, asked Paul and Silas, “What must I do to be saved?” Their reply was, “Believe on the Lord Jesus Christ, and you will be saved, you and your household.” As in Acts 9:6, the same connotation is given to the word Lord in this verse by those who advocate lordship salvation; that is, that the jailer had to surrender to the Lordship of Christ over his life in order to be saved. But the use of Lord here is showing that this man, Jesus, who is the Christ (Messiah), is also Lord (deity), and you must believe in Him as such — as the Lord Jesus Christ. Surrendering your life is not the issue; it is trusting in Him to save you.

This verse says, “That if you confess with your mouth the Lord Jesus and believe in your heart that God has raised Him from the dead, you will be saved.” In reading the context from 9:30 to 10:13, there is no hint that God’s emphasis here is upon the unbeliever’s life. The emphasis is that Israel had missed the message and had been going about to establish their own righteousness before God, and in doing so, have not realized that “Christ is the end of the Law for righteousness to everyone who believe”s (10:1–4). Lord in this instance is used to give us the true identity of Jesus as God Himself — the Lord. Believing in this One is the need.

While easy believism (as described earlier) is decidedly too easy, so making Christ Lord over one’s life is just as certainly too hard — impossible, in fact, for the unbeliever who does not possess the empowering of the Holy Spirit within. When followed to its logical conclusion, it becomes salvation by works, for Jesus plainly said, “Why do you call Me ‘Lord, Lord,’ and not do the things I say?” (Luke 6:46). If He must be Lord of your life for you to be saved, then you must be totally obedient to Him, because obedience is what His Lordship over you is all about. And obedience is just another name for good works, which are required of believers, but never of the unsaved!

To be justified means to be declared righteous. When God justifies a sinner, He does something much better and more complete than saying he is innocent or forgiven: He declares that he has an absolutely righteous standing before Him. Justification, therefore, is the heart of salvation. And how does the Bible say we are justified? Consider —

Therefore…through this Man is preached to you the forgiveness of sins; and by Him everyone who believes is justified from all things from which you could not be justified by the law of Moses.

…being justified freely by His grace through the redemption that is in Christ Jesus…that He might be just and the justifier of the one who has faith in Jesus… Therefore we conclude that a man is justified by faith apart from the deeds of the law.

Now to him who works, the wages are not counted as grace but as debt. But to him who does not work but believes on Him who justifies the ungodly, his faith is accounted for righteousness.

If your faith in Christ is “accounted for righteousness,” where is there any room for acts of obedience, or works, or giving God anything (including your life) in exchange for salvation? If we could do that, God would be indebted to us. He would owe us; and God will never be indebted to any man.

Our salvation, then, does not come because we say we believe in Christ; it isn’t ours because we believe in one God; and we aren’t justified before God by surrendering to His control over our lives (that’s sanctification, not justification). Being declared absolutely fit for heaven by God comes on the sole grounds of our faith in Christ, our trust in Him to save us — nothing more, nothing less, nothing else. – Written by Richard Seymour @ clarityministries.org

What an excellent article! So needed today with these trends and people are flocking to teachers without looking at what the Scriptures have to say about it. I believe that the ‘easy believism’ is largely the Armenian view while the ‘lordship salvation’ camp goes back to Calvinism. Neither aligns with what the Bible teaches, justification by faith. 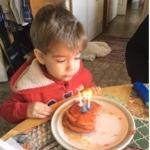